The Surprising Educational Benefits of Dungeons and Dragons

The geeks shall inherit the earth. 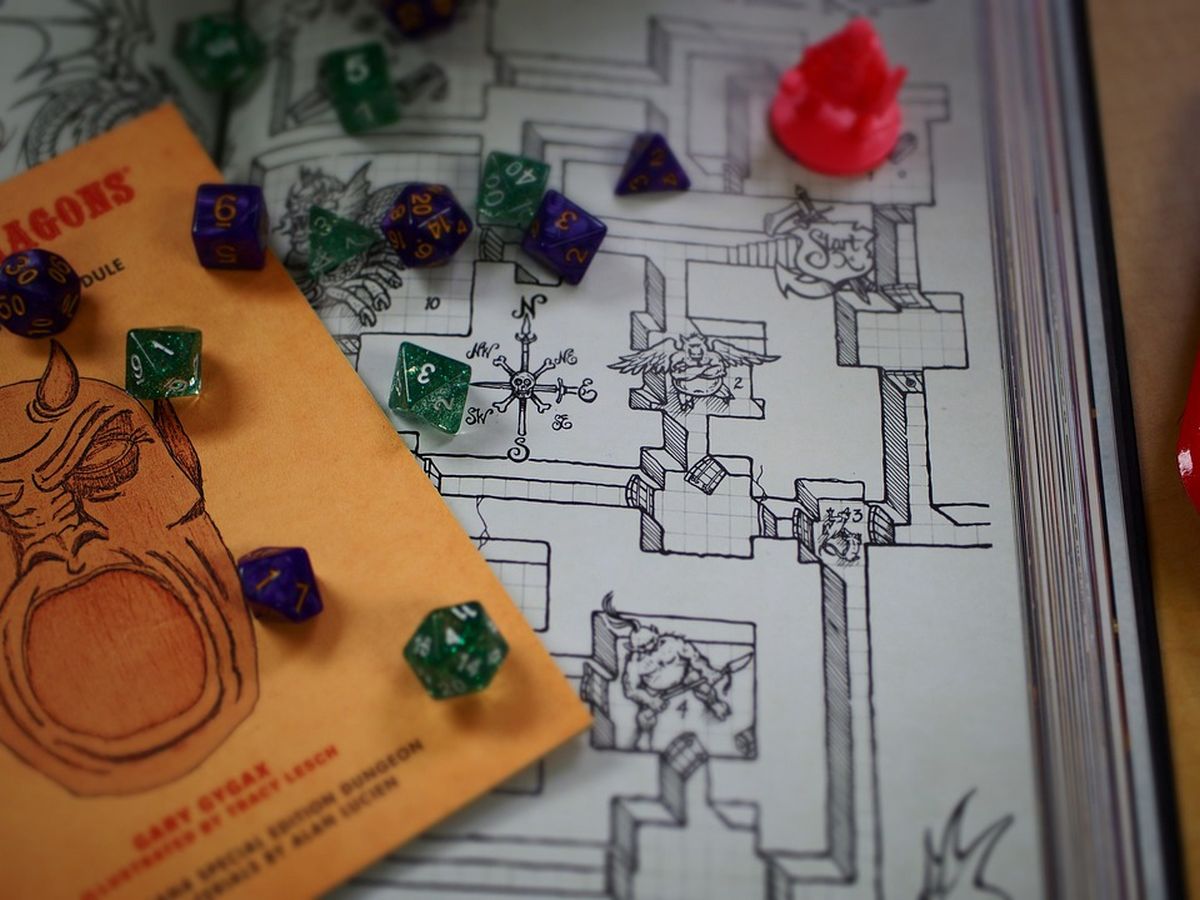 In Texas, a group of kids who scored significantly higher than the rest of their district peers on a statewide test had magical powers to thank. These kids spent their free time rolling polyhedral dice to battle orcs and other monsters in epic games of the most classic role-playing game of all. As it turns out, there are some real educational benefits of Dungeons and Dragons.

How can playing a game make you smarter? Well, at Let Grow we believe almost all playing makes kids smarter. In play, kids play learn focus, cooperation, problem-solving, leadership, risk-assessment, and pretty much everything good except how to bake brownies. In Dungeons and Dragons they get all of that plus some math and science skills, too.

Davis Ninth Grade School is a Title I school outside Houston. Members of the Dungeons and Dragons club there scored higher than their peers on standardized tests. Historically, many of them weren't always academically successful. But teacher and club advisor Kade Wells knew their potential. “Playing Dungeons & Dragons makes you smarter," he asserts in a fascinating article on KQED. The article continues:

The declaration is bold, but the scholarly support and anecdotal evidence is compelling. Studies have shown that the highly social and collaborative nature of the popular fantasy role-playing game cultivates a range of social-emotional skills, which can lay the foundation for improved learning. In addition to these crucial soft skills, teachers and professors who have used the game also claim it directly benefits core academic competencies.

The key to educational benefits of Dungeons and Dragons is that in play, kids' curiosity is turned on. And curiosity happens to be education's rocket fuel.

It’s not difficult to see how collaborative world-building involving storytelling, decision making, invention, research, calculations, negotiation, role-play, and active spatial visualization can stimulate a developing intellect. And, despite the burnish of fantasy, invented realms are derivative, and thus applicable, to the real world.

Why does playing games lead to academic success?

So what leads to the educational benefits of Dungeons and Dragons and other games? Unlike workbooks, the problem-solving required for a game has a goal that actually matters to kids. Psychologist and Let Grow co-founder Peter Gray often talks about the boys he played ball with back in grade school. Some were failing math but they could calculate their favorite ballplayers' averages in their heads—because THAT was important to them. Giving kids a chance to pursue something just for the love of it inevitably means they will learn some real-world skills.

When kids play, it is so fun they will work hard at at it. Harder, perhaps, than at homework. Whether it's a role-playing game, hockey, origami— name it—they are learning to practice, try out new strategies, and tolerate the frustration that goes along with the old "try, try again" mode of getting better.

The important lesson here is that free time is not wasted. It can be the richest learning time in a child's life. Whether making friends or discovering a new interest, they're expanding in ways every parent and teacher wants to see.